After working on this for months, we are finally ready to launch our brand new and highly anticipated database: Multiple Choice Quizzes on English and American Literature and History!

We received dozens of requests from teachers for a database like this to practise for the upcoming concorso ordinario A24 and A25, and it’s now ready.

In this article, you’ll find the answers to the key questions about our database:

1. When is the database going to be available?

Mark your calendar: the database will be available from Wednesday, 23 February – but it’s already ready for pre-order, if you like!

2. What does the database include?

3. How does the database work?

This is not a course per se, but a database of 300 multiple choice questions that you can take to consolidate your existing knowledge and identify topics you need to revise.

Every time you answer a question, a brief explanation will pop up, as shown in this video:

4. How many times can I take the quizzes?

5. Can I try the quizzes for free?

Of course: we always want you to know what you’re buying before you start a course. Just go to the free preview and try one of the randomised quizzes or try our free history quiz!

6. Where can I study the topics covered in the questions?

7. What topics are covered?

The quizzes cover English and American literature and history. There are 13 quizzes in the database, for a total of 300 questions and 300 explanations.

The topics and sub-topics are of course not an exhaustive list of topics to study, but they have been chosen selectively as follows:

Unit 3 – From the Restoration to Romanticism

The 19th century and the Victorian Age

Good news: if you’re one of our LanguagEd course participants, there’s a 15% discount reserved for you expiring on Sunday 13 March! You will find your discount code in the courses you’ve already bought, as we explained in our newsletter. Please make sure that you correctly apply the coupon code and the 15% discount is deducted from your total before you confirm your payment – if in doubt, just drop us an email at chiara@languaged.org, we’re always happy to help! 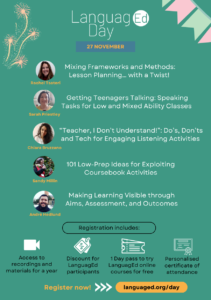